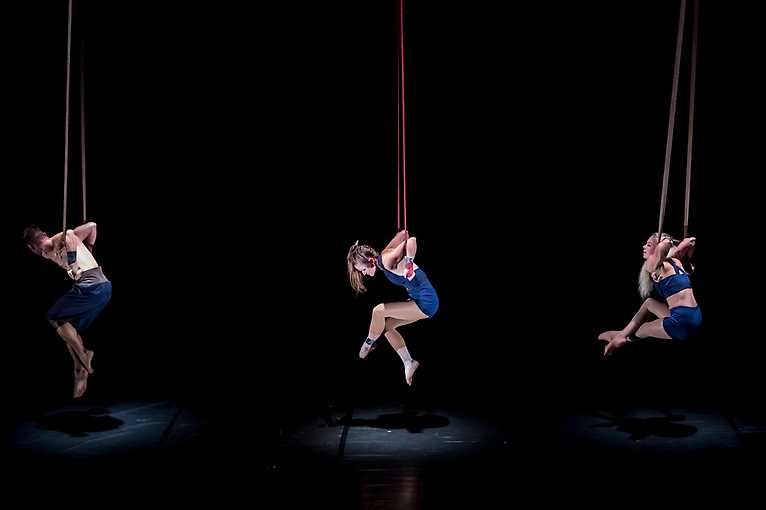 “Wendigo” is a story and we are the storytellers. Movement is our words, our bodies are the verses and instead of devising lofty sentences, we soar ourselves. We strive to take full advantage of the possibilities of aerial acrobatics. Silks, straps, wires and a lot of carabiners give us wings - the wings that the heroes of our story may have never had. But sometimes, all you need to fly is the desire.

The desire to fly and to push the boundaries, which characterizes the AirGym Art Company acrobats, meets storytelling, which is the foundation of the performances of Aventyr. The two companies join forces to tell the legend of Wendigo. But… Who is Wendigo?