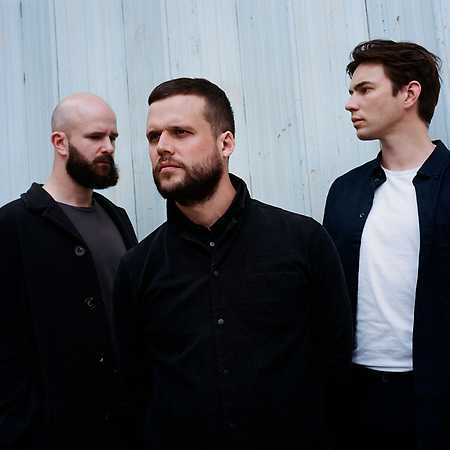 White Lies  Time To Give

White Lies is an English post-punk band from Ealing, London. Formerly known as Fear of Flying, the core band members are Harry McVeigh (lead vocals, guitar), Charles Cave (bass guitar and backing vocals), and Jack Lawrence-Brown (drums). The band performs live as a five-piece, when sidemen Tommy Bowen and Rob Lee join the line up. White Lies' musical style has been described as dark yet uplifting by the media, drawing comparisons to Editors, Interpol, Joy Division, and The Killers.

White Lies formed in October 2007, after writing songs that they felt didn’t suit their original band. After delaying their first performance for five months to build up media hype, they earned a recording contract with Fiction Records days after their debut. The release of singles Unfinished Business and Death led to tours and festival appearances in the United Kingdom and North America, including a headline performance at BBC Radio 1’s Big Weekend and a place on the 2009 NME Awards Tour. At the beginning of 2009, White Lies featured in multiple “ones to watch” polls for the coming year, including the BBC’s Sound of 2009 poll and the BRITs Critics' Choice Award.