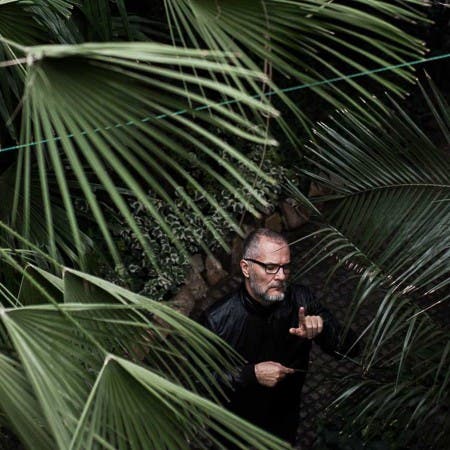 Usually known as the hyperactive musician and founder/boss of the microsize, but macroactive, MIK MUSIK label, with quite a story behind. He plays solo as Kucharczyk since the beginning of 2013. The most successfull project – The Complainer was quit at the end of 2012. In search for new perspectives. Sometimes plays as retro*sex*galaxy, takes/took part in other bands/projects,: Mołr Drammaz, hwdjazz, TerriTerrorTorium (with Felix Kubin), Pathman, Iron Noir, Dwutysięczny and many others. Works also as a producer for other artists.

Graduated as the visual artist and graphic designer, very quickly turned into an active musician and sound sculptor himself, because music was his biggest love, since early childhood. Although making art-shows and exhibitions as well, from time to time. Recorded many records (more than 50 or so), played many plays, shown many shows. Quiet or loud. Lives in tiny Skoczów town in southern outskirts of Silesia, Poland, so some actions are not so fast (or so slow) as they could be if he was from another part of the world. But such speed is still quite OK for him. Gets some additional balance during many travels.