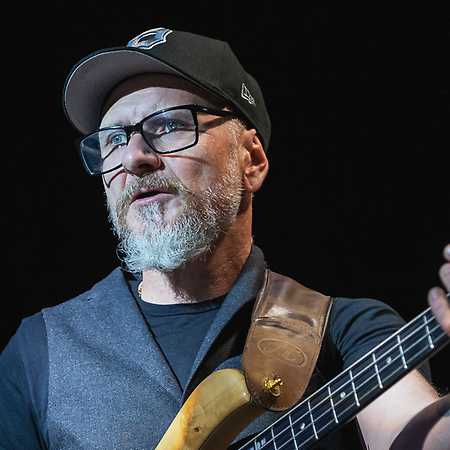 Wojciech Pilichowski is an outstanding bass guitarist and composer. He is known above all as a highly regarded session musician. His playing can be heard on over 120 albums. Independently from activities in this field, Wojciech Pilichowski leads his own bands. As a leader, he has recorded nine albums and four workshop publications for bass guitarists. He belongs to a group of instrumentalists whose range of interests and skills covers very different musical styles and aesthetics. For this reason, his talents have been used both by popular music stars such as Maryla Rodowicz, Edyta Górniak, Enrique Iglesias or Basia Trzetrzelewska, as well as rock artists such as Simon Philips or the famous Iron Maiden drummer, Nicko McBrain. He received the award for the Best Bassist according to the magazine Gitara i Bas successively in the years 1995- 2003.