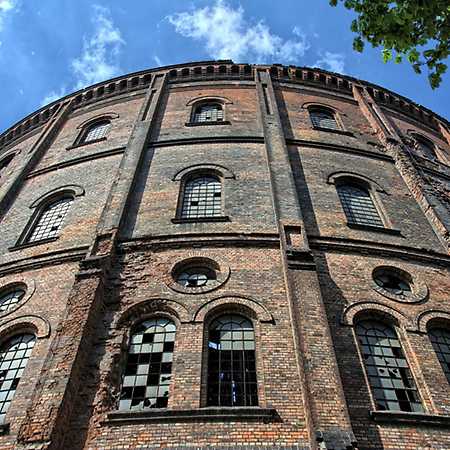 Wolskie Rotundy is a 19th century industrial monument, it was the seat of Wolski gasworks. The project of rebuilding was taken care of by the Biernacki Family Foundation "The Concept of Imagination". In one of the rotund space, an exhibition of Danuta Karsten was organized. In the future, the foundation plans to open a Metamuseum - an interactive center of technology and concert halls - very necessary on the cultural map of Warsaw, a place open for various genres of music and theater performances.