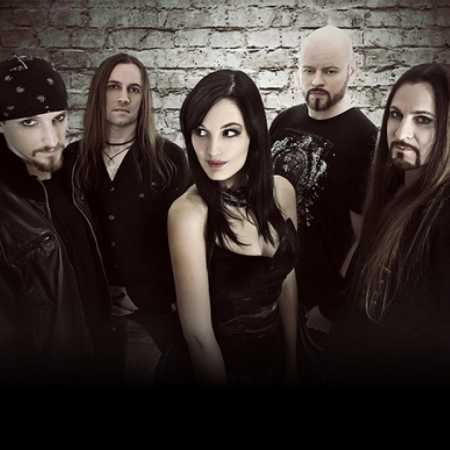 Xandria is a German metal band, which was founded by Marc Heubaumem in 1994.

After a few recorded demech and their great success on some music portals in 2003, the Group decided to release their first album, entitled Kill the Sun, which has reached 98. position on the German music charts. The upcoming album, Ravenheart (2004) held in the German music charts for seven weeks to 36. rung. In 2005 they released their third album, India, which has reached 30. the splitter on the charts. Their fourth Studio album by Xandria began recording a 14. in December 2006, and officially released 25. in May 2007, and held 41. position in the German charts.

Lisa Middelhauve due to personal reasons, left from the band 30. April 2008 and caused the band considerable problems due to the fact that she held the position of frontwomanky. A replacement for the Group's Press in February 2009 and found it was singer Kerstin Bischof, also known as "Lakonia" from the previous band Axxis. However, after just a year, Kerstin Bischof decided to leave the Group and build a career in another sector, taking her on a series of concerts in the summer of 2010 to replace again, Lisa Middelhauve. December 19, 2010 announced the adoption of the then twenty-Xandria singer Manuela Kraler, which for the first time the group performed at the live action "Classic Meets Pop", which took place 7. January 2011 in Bielefeld in Germany.

On 25 April 2005. October 2013, the band announced on their official website that the band leaving from Kraler Manuel personal reasons-she wanted to pursue his solo career and the other closer to the nepřiblíženým activities. As a replacement for Manuel Kraler band announced the original singer of Ex Libris, the Dianne van Giersbergen originating in the Netherlands. – Translated by Automatic service