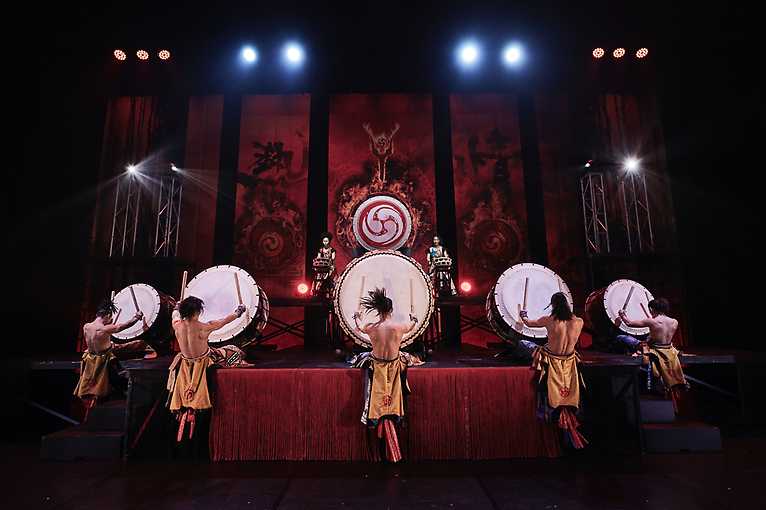 The spectacular Yamato group are the world’s most renowned Japanese drummers. One of a kind original sounds of Far East, a huge dose of optimism, spiritual energy and thrills. The sounds produced by the musicians are inspired by traditional Japanese music, but are its modern, perverse variations. Each artist conducts their own cabaret-theatre show. Breathtaking solo performances alternate with phenomenal, trance-like group pieces.

The Yamato ensemble is famous for its visually spectacular shows in which it presents the art of playing traditional taiko drums. The show, during which the artists demonstrate their immense physical prowess using several dozen drums, up to five meters in diameter, and sticks weighing up to 3.5 kilograms, is an experience that leaves audiences breathless. The performance by artists from Japan is an unusual combination of drum sounds with the sounds of traditional stringed instruments (koto, chappa, shino-bue, samisen, kane). Yamato interprets musical traditions that for centuries have been connected with the culture and religion of the Land of the Rising Sun.