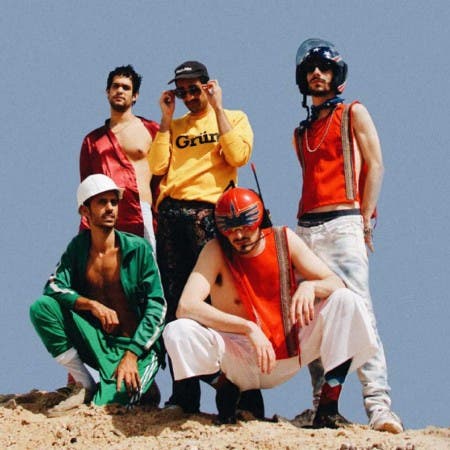 The Young Yosef collective was established in winter 2015. Its members grew up together in the south-east of Israel, where, as teenagers in the privacy of their rooms, they experimented with music, visual arts and acting. Their debut album, released this spring, recalls the style of the legendary Studio 54 nightclub. The musicians draw inspiration from a variety of sources – from smooth soul, through J-pop, sweet melodies, to funky bass lines.