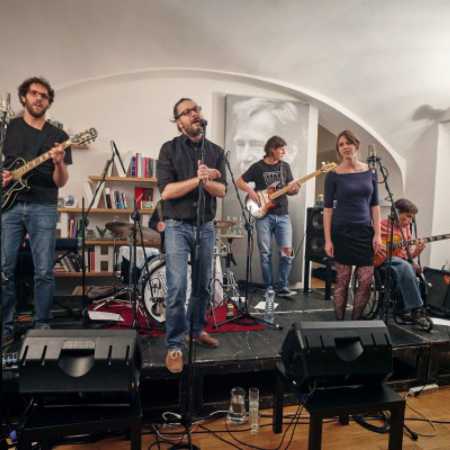 All Tomorrow's Parties Band  Cool It Down

When one of the founding members wanted to make up for some AH its so famous failure in key areas of the relationship between two people, bought her a banana. On the way to her met David Macha and discussion of the idea to establish a banana band The Velvet Underground revival. This band called All Tomorrow’s Parties Band. To supply fresh bananas nevázla, joined other members of which were Pavlok Ondrej, Pavel Drábek and Francis Glazar.