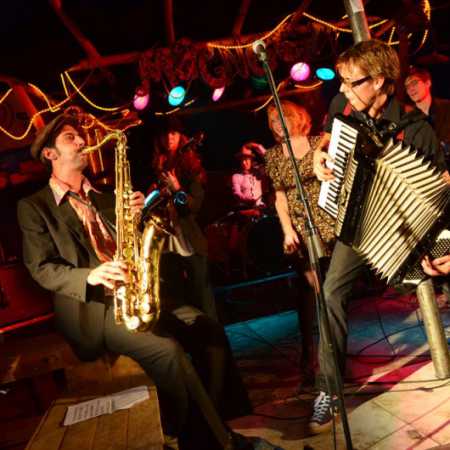 In this day and age of eight Dutch band Amariszi founded in 2007, Kay Krijnen accordionist and drummer Dolf Huybers. After four years of work, released their debut album with the telling title Balkan Chaotica. With its blend of Balkan, reggae, klezmer, but also pop, folk and blues, have earned the attention of the organizers of major festivals, critics and well-informed audience across Europe. Sound of the band is dominated by clean vocals of singer Merel Simons, who floats lavishly staged songs in which he has a significant role in not only the founder accordion, but also three-piece horn section. "Every show we transform the party," so goes the motto. – Translated by Automatic service

A Hawk and a Hacksaw