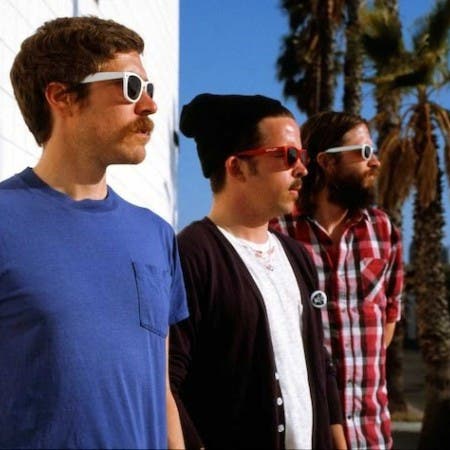 Like most bands from Brooklyn scene, Bear In Heaven looking for inspiration in the psychedelic music of the 60th years, but much more pronounced přisypávají and spices from German Krautrock, and electronics in general. The group was founded in 2003 by Jon Philpot, who entered the band experienced duo with the name of philosophical Presocratics.

Bear In Heaven by 2009 almost no one knew. In 2007, while released debut album, Red Bloom of the Boom, but nobody really noticed. The band paused for two years to issue its most successful recording Beast Rest Forth Mouth. The board has earned rave reviews in major magazines like Pitchfork or Drowned in Sound. Spent the whole year 2010 on the road with Cymbals Eat Guitars or Metric. In the summer visiting the wide range of summer festivals, among which India did not miss the best Polish Festival in Katowice OFF or one of the greatest mass of European festivals, Pukkelpop in Belgium. – Translated by Automatic service