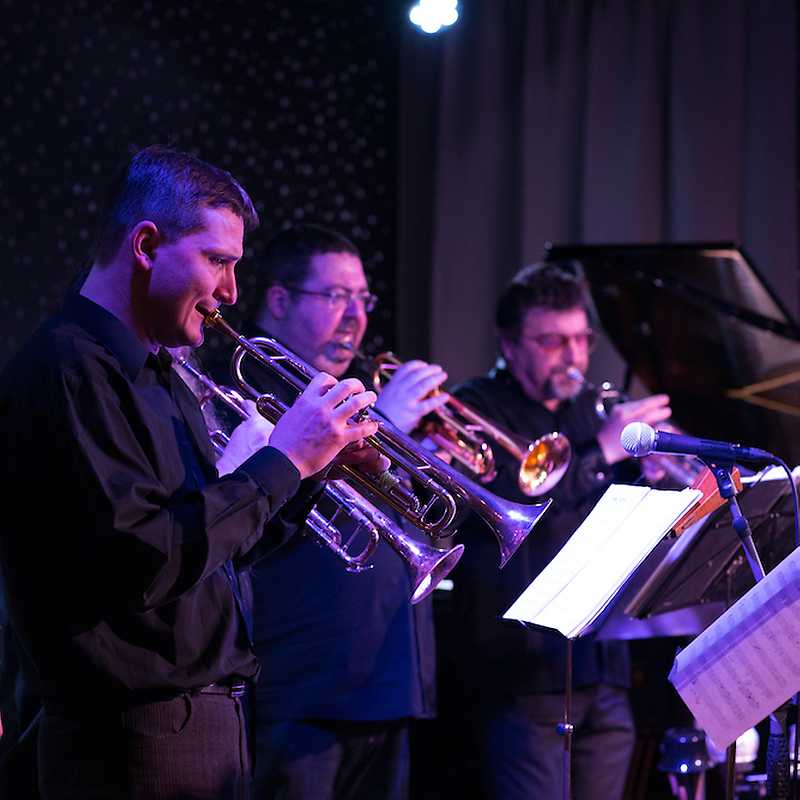 Orchestra Big Band Trumpets was 22nd Second 1994 and its founding members Charles Polách manager and conductor Jiri Volf had a pattern Orchestra Bill Chase. Since the activity of the orchestra B. Chase ended tragically air crash, the Orchestra Big Band Trumpets (BBT), probably the only orchestra in the world who consistently performs in the composition trumpetová and rhythm section supplemented with female vocals. Genre, however, BBT among big bands for his inclination to velkokapelovému swing. Everyone heard playing songs like In The Mood, Summertime, Georgia, Rat Race, Cave Cane, Opus One, Flying Home, and others from domestic or international orchestras with a cast of saxophones, trombones, trumpets and rhythm. But to hear the same thing only trumpetách is astounding. – Translated by Automatic service