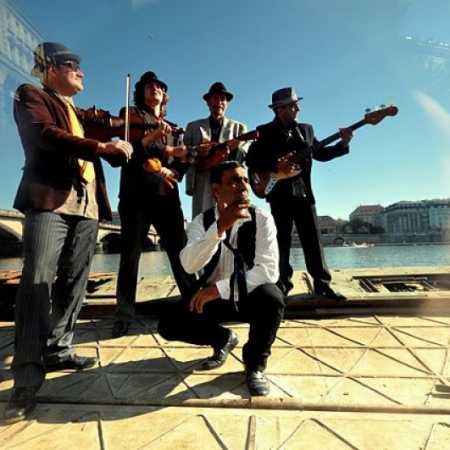 Although the band of Bitumen Beat has been established since long, some of its members rank among the proven and established names in the Czech music scene. Mind you that Bitumen Beat is the direct offspring of Terne Čhave, the respected band from Hradec Králové that has won success in Bohemia, Moravia and abroad; the band has released several records with original music.

The musicians say that over the years, “their music has absorbed the dirt and sequin of lowly rock clubs, smoky pubs, oh-so-trendy discos and large festivals which has shown in the sound crippled by the distortion knob, compressors and overexcited amplifiers”. The result is ecstatic music in which the perfect yet distant electronica is surfaced with “blood, sweat, tears, laughter, and hot magma of the ancient traditions of the Bitumen tribe”. That sounds quite promising, doesn’t it?