Cakes and Puppets (Buchty a loutky) 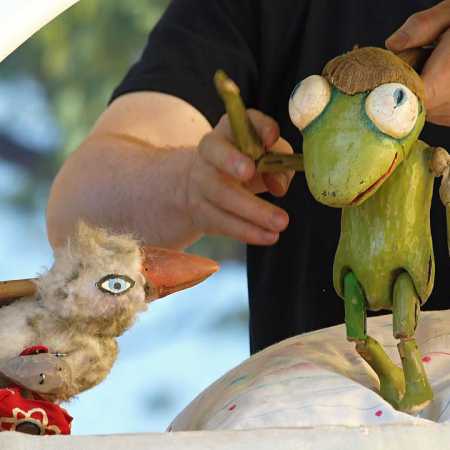 Cakes and Puppets (Buchty a loutky) – an independent alternative puppet theatre company, performing for children as well as adults. The company was established in 1991 by graduates of the puppet department of the DAMU academy in Prague. Since that time, the company has more than 19 production titles for children and more than 19 premieres for adults in their repertoire.

They also have many non-traditional theatre projects, specific creative activities and films. In their own create unique moncler jackets outlet theatre poetics; classic titles and their own original script work with an overview, a non-interchangeable sense of humour, and a personal emphasis for the creative elements of the production (a combination of old toys, rusted iron as well as the most recent technology); the productions most often contain original music that has been composed specifically for the production, and most productions contain live musical accompaniment.

The permanent core of the company is made up of 6 members and 3-8 actors perform in the productions. Since its origin, Buchty a loutky have stirred the waters of the Czech puppet theatre. Its productions today have become cult theatre classics, indicating that the company belongs among the best theatre companies not only in the Czech Republic, as well as abroad.