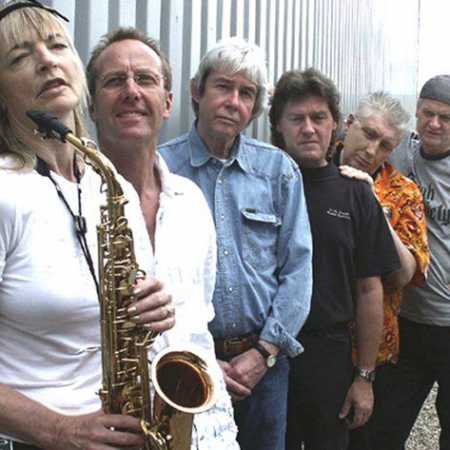 British jazzrock band Colosseum was founded in 1968 sentient modern jazzmen who left John Mayall’s Bluesbreakers after the release of the album Bare Wires and wanted to build his own group. It was an excellent drummer Jon Hiseman, saxophonist and flautist Dick Heckstall-Smith and bass player Tony Reeves. Joined by organist and pianist Dave Greenslade (ex-Thunderbirds) and guitarist Jim Roche formed the first set. From the very beginning marked their presence on the British music scene a real revelation in the best sense of the word. Interconnect the only rock with blues, but mainly with jazz and sometimes even soul. Most are valued first two albums and board Live!. In 1970, the report adds Ch Farlowe and at the same time instead of T. Reeves arrives M. Clarke. In 1971, the Colosseum diverges. Reunion to let myself wait until 1994, the band recorded studio work, gives a concert recordings, reissue original albums and compilations. For us, it is interesting that the band Colosseum performed in Czechoslovakia in 1969 at the International Jazz Festival and caused the division of our jazz musicians into two camps. Traditional players is strictly refused a younger generation of them was directly excited. After the political changes in our resurrected Colosseum performed twice and again for the great attention demanding listeners. – Translated by Automatic service