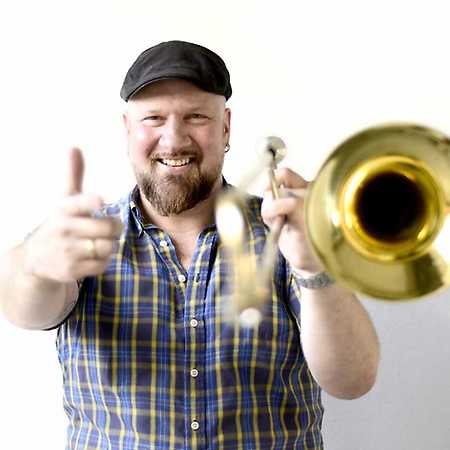 Dr. Ring Ding has been one of the veterans literally German music scene. Its distinctive “deejay style” it ranks among the pioneers not only in the field of European reggae and dancehall, but it is also very popular on the scene rock steady and ska, with whom he also began. Already in 1987 he played the trombone and sang in the cult ska band El Bosso & di Ping Pongs and in 1992 formed his own band, Dr. Ring Ding & Senior Allstars, whose debut album was completely Dandamite major achievement, which in Germany set off a huge interest in the Jamaican ska. – Translated by Automatic service