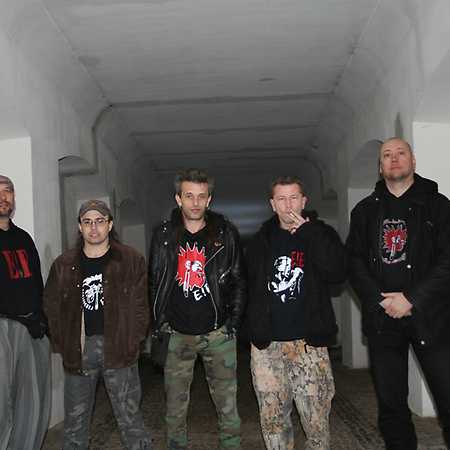 E! E is Příbramská punk band playing since 1987. The band formed in late 1987 in Pribram, where the majority of its members worked in the company Zetor. The original line up was Kyseláč, Vilda, Bakča and Berger. The band first performed in the summer of 1988 in the pub Příbram for successful and this time also released her first CD called the Ordinary poserové as a parody of the band’s album, Imaginary Heroes HNF. The founding assembly remained in the band still only Bakča.