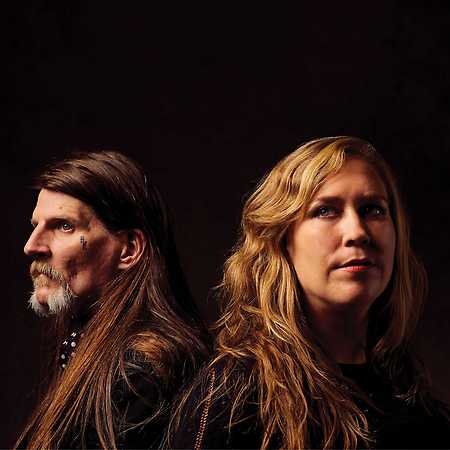 Earth  The Bees Made Honey in the Lion's Skull

Earth is an American musical group based in Seattle, Washington, formed in 1990 and led by guitarist Dylan Carlson. Earth’s music is mostly instrumental, and can be divided into two distinct stages. Their early work grew out of the Seattle-area grunge scene and is recognized as pioneering the genre of drone doom — an experimental offshoot of doom metal, characterized by droning, minimalist, lengthy, and repetitive structures. Earth’s early albums were usually recorded as a duo (Carlson and a bass guitarist), and could be seen as a variation of the experimental doom-influenced metal of The Melvins. Earth currently features a markedly different sound, slow-paced and lengthy, but now with a drummer and featuring strong elements of country music and jazz. Dylan Carlson founded the band in 1990 along with Slim Moon and Greg Babior. Carlson has remained the core of the band’s line-up throughout its changes. Current players have included: Adrienne Davies on drums, Lori Goldston on Cello, Karl Blau on bass, Steve Moore on keys and Don McGreevey on bass.