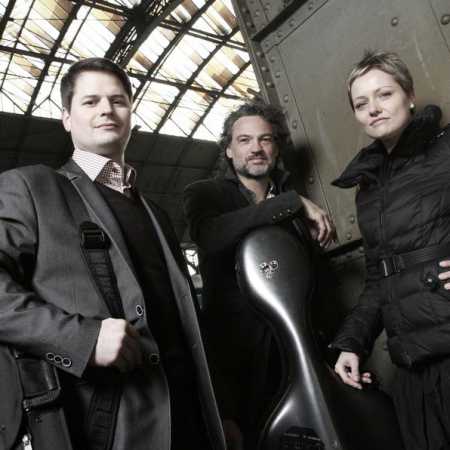 Piano trio Ebony trio was founded in the year 2012, and during his brief tenure on the music scene soon has ranked among the top files of its kind not only in Czech Republic but also abroad. In its name shall be borne by the file name of a significant Czech composer of the second half of the 20th. a century of Petr Eben. From 2014 onwards is a member of the trio leading cellist Jiří Bárta.

The file has a number of important competition successes. In the year 2012 in Hamburg received a trio of awards “Masefield Prize” and won on 38. Edition of the international competition of chamber ensembles “Concours de musique du Lyceum Club International de Suisse” in Lausanne, Switzerland. Is the holder of the Czech society for chamber music in the Czech Philharmonic Orchestra awarded best young Chamber.

The file appears on the Czech and foreign fans, at international music festivals such as the Prague Spring, Český Krumlov, Festival Mahler Jihlava, Festival Mitte Europa, Septembre Musical Vevey ad. In the summer of 2013, the trio took part in the prestigious festival in Verbier. Ebony trio represented the Czech Republic in the framework of the Festival “Prag-Wien-Budapest” at the Kennedy Center in Washington, d.c., and in Chamber music concerts in New York. File played in most countries of Europe and in the United States of America. – Translated by Automatic service