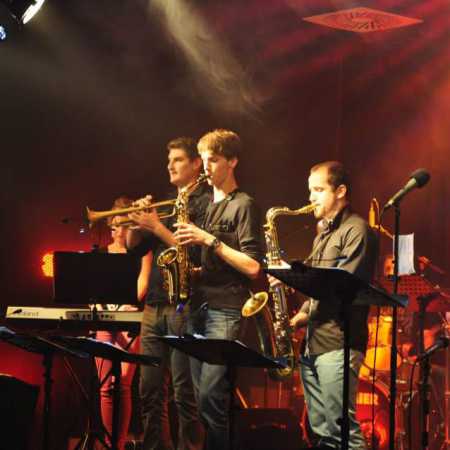 At the beginning of the current Ha-band, after five years of operation (1995-2000) the disappearance of the original report. This very successful original report is to draw the winner of the national round jazz bands and its level you can also remind today by listening to the first ever CD recording entitled Bingo.

In 2000, the original clusters disappeared and created a new, composed of current or former art school students Tišnov aptly named Ha-kapelka, due to the young age of the members, which ranged between 10-15 years. Among the founding members, who are already currently in a band does not have Tereza Hnátová - keyboards, Radek dinner - Flute and Tomáš Kadlec - drums. After five years of testing and performing with the band leader Ladislav Havlik decided it was the right time with the "child" called to say goodbye and was founded in 2005 and is already the second-Ha band.

Since then makes Ha-band successfully to its name on its own concerts, festivals and cultural events. In recent years, operates under the auspices of the civic association Tigal. At her concerts resound known and unknown jazz or jazz-rock tunes. He is a successful also with different genres such as latin and funky. – Translated by Automatic service