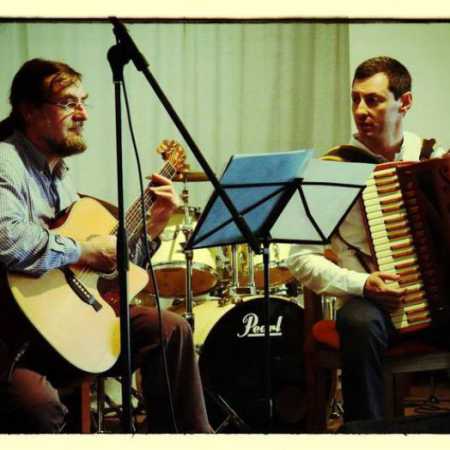 Igor Barboi playing the accordion since 7 years and classical education in this direction received at the Conservatory and high school teacher in Russia’s Samara. The Czech Republic has lived since 1997. Has performed at festivals in Prague Alternativa in clusters around the composer Boris Gagloeva and also performs solo. He currently plays in the band teplické Conspiracy hlupců.

Martin Herbst played in Teplice groups such as Joy or cleaning each other. He has appeared in projects folk group Torso, Blues broth and Stokixbluesband Most and Teplice Bluescollective. Along gathered c 2011 to one of the concerts in the project “Little Paris” in Teplice. The first time they played together in the park on a bench. Since then, with concerts regularly. They play mostly Latin-American music, jazz standards and popular compositions. – Translated by Automatic service