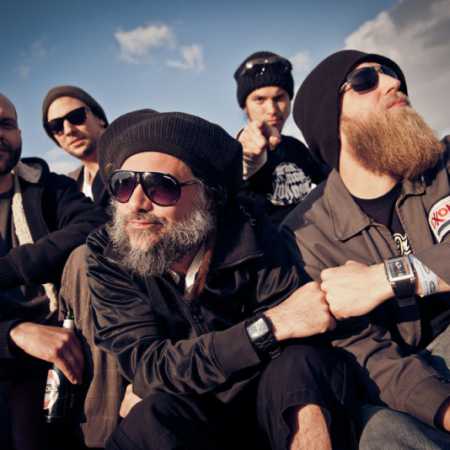 Jaya The Cat was born in 2000 in Boston far. Among the large amount of competition from the Boston scene bands such as Big D and The Kids Table or Bim Skala Bim, from the beginning did great. Unfortunately, they were a long time failed to break the boundaries Boston area and play elsewhere. After two years of work with the wider world and still lived to see the band finally managed to push through the rest of the Americas and later in Europe. As if to make up for what they had previously been denied, rode Jaya The Cat wherever they can, and it’s more than a destination. After the release of their second album, however, comes fundamental changes – leaving two founding members and the rest of the band decided to move closer to the heart of Amsterdam (why is not there?). Working with many Dutch musicians and band further develops, publishes several albums and hundreds of concerts take place until their music crystallized into a unique sound. – Translated by Automatic service