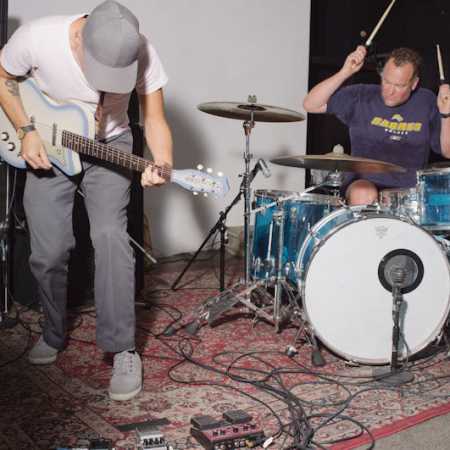 Debut and after following LP German two-man band Jealousy Mountain Duo released on the German experimental publishing Blunoise. Thus, in the perfect environment for their musical heterogeneous mixture freejazzových 50's 60's along with subsequent noise and math-rock influences. The band has a deconstructivist approach to experimental blend of post-modern jazz and indie math rock. Looped guitars, opposing melodies, swirling tones and drums, which also is based on rhythm together creates a whole that avoids any recognizable straightforward timekeeping. The result is a tightly controlled chaos, vortex sound, in which the form does not necessarily follow function. Music Jealousy Mountain Duo is really radical! In both senses of the word. – Translated by Automatic service