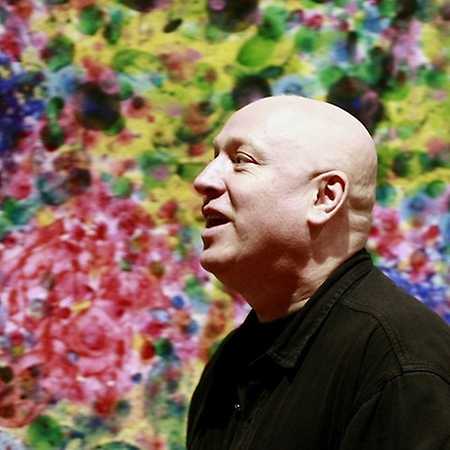 Jiří Georg Dokoupil may be regarded as an icon of the contemporary Czech art scene. The story of his escape in 1968, his solitary suffering, adaptation, discovery and final establishment is a dramatic one, and one that forms his personality. It is a story in which art remains at the forefront.

The young Dokoupil experienced his first year in emigration in cultural and linguistic shock. He exhibited, however, a combative spirit, which was certainly also a result of his early sporting activities. Dokoupil left as an outsider and returned to Prague in the 1990s as an international star of contemporary art. His artistic career began at first in compassionate solitude, and later in art schools in Cologne and in New York.