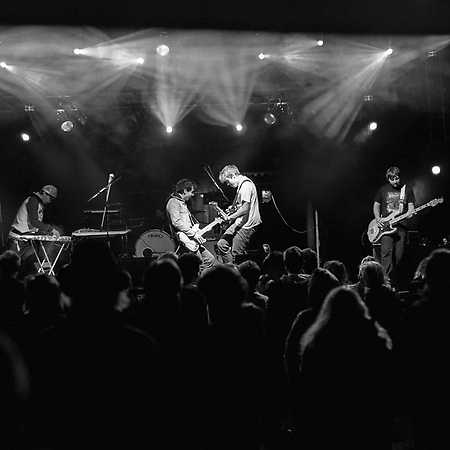 Broumovská Boys band was founded in 2010, when at the same time she recorded her first demo recording. His style varies between electro, dupstepu, hip-hop, and punk guitar bands. The boys grew up on bands type Beastie Boys, Sonic Youth, The Chemical Brothers, Daft Punk, Does It Offend You, Yeah? or Hadouken. Stage show kid is, say, energetic.

Guys i have success. In 2012 they played at Rock For People, won the Audience Award at the festival Broumovská guitar, won a band competition in Náchodě - Prima season, play in a rag in Ústí nad Labem, shot clip On The Run, in 2012 left more than 30 concerts all the Czech Republic and Poland after the pair. At the beginning of 2013 they released their fourth demo. Later filmed the video for the single Neon Sun, which broadcast a music channel Ocko. – Translated by Automatic service