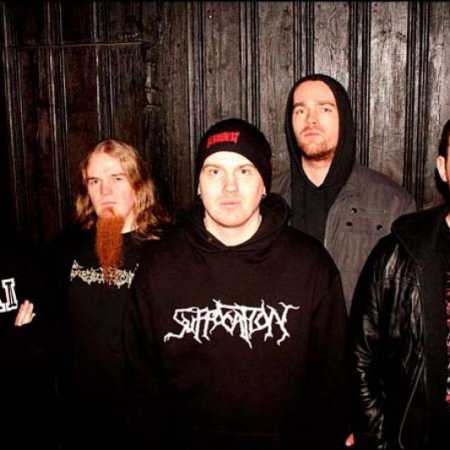 Norwegian Kraanium are rightly regarded as one of the bearers Guttural scenes, which are sometimes discovered in 2001 and which enriched the 3-length album, which took as its sound sick and covers. The last studio work bears the title “Post Mortal Coital Fixation” and one who likes bands like Condemned, Devourment Cephalotripsy or perhaps he should come to her. The band consists of five members, in the form of: Grindmaster Flesh (vocals), Hacksaw Henry (guitar, vocals), Gore-Tex (guitar), Ian-Sane (bass), Hannes Nysten (drums). – Translated by Automatic service