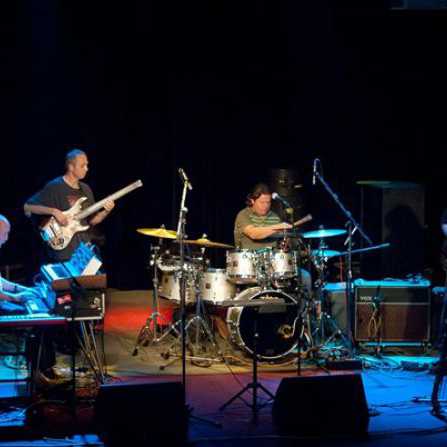 Jazz Q was founded by Martin Kratochvil and George Stivín, influenced by free jazz and other exclusive jazz currents. The variety of songs presented but also an indicator of the internal contradictions in the group; Stivínová after leaving it ideologically and composer began to dominate Martin Kratochvil. Jazz Q You then through many personnel changes kept entirely clear and balanced creative continuity. With the advent of the British singer Joan Dugganové exchange and solo guitarist with sound shifted toward the meditative art rock. In the years 1974 – 1975 were taken over a substantial part of the repertoire of rock and soul songs. From the album Elegy (1976) Jazz Q is again an instrumental band playing exclusively compositions of Martin Kratochvil, comprehensively combining seemingly distant musical languages.

Basically, Kratochvil was inspired by Leos Janacek as well as Miles Davis, in addition to fragile contemplative melody is lost or rock ferocity. Zawinulovské registers Kratochvílových synthesizers, although over time can cause a bit dull, but that compensate for compositional quality and the benefit of other musicians, always very capable musicians.