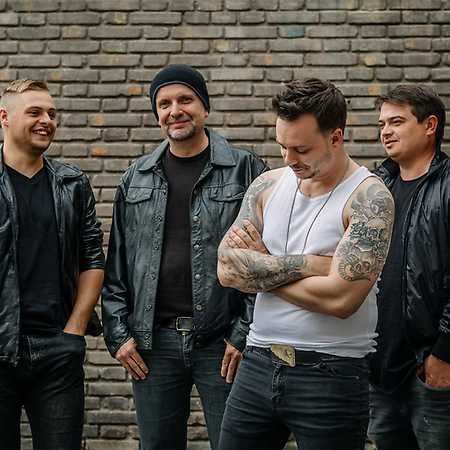 No Heroes only play their own songs, composing music for involving all members of the band and exclusive author edited Crank Thomas is a singer who comes from Baltimore, USA. In 2008, NH released their debut album One Heart, which was produced by well-known producer Armin Effenberger (Cartonnage). The album was well received by fans and critics. No Heroes then played as support UDG Be a tour and sky. In 2009, won the No Heroes audience part of the competition RGM Live Space, came a year later with the single clip and City Lights. – Translated by Automatic service