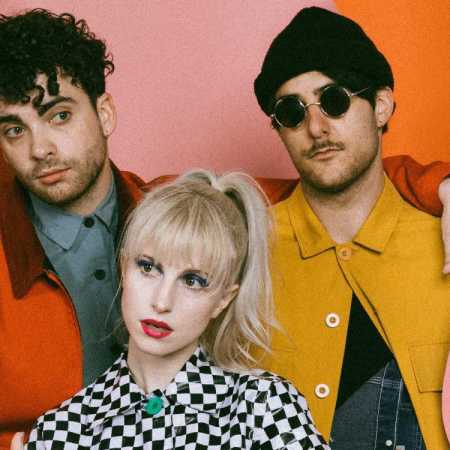 Paramore  Still Into You

Paramore is an American rock band from Franklin, Tennessee, formed in 2004. The band currently consists of lead vocalist Hayley Williams, guitarist Taylor York and drummer Zac Farro. Williams and Farro are founding members of the group, while York, a high school friend of the original lineup, joined in 2007. Williams is the only member to appear on all five of Paramore's studio albums and has been the only constant member of the band.

The group released its debut album All We Know Is Falling in 2005, with the album reaching number four on the UK Rock Chart in 2009 and number thirty on Billboard's Heatseekers Chart in 2006.

The band's second album, Riot!, was released in 2007. Due to the success of the singles Misery Business, Crushcrushcrush, and That's What You Get, Riot! was a mainstream success and was certified Platinum in the United States. They then received a Best New Artist nomination at the 2008 Grammy Awards. Their 2009 follow-up, Brand New Eyes landed at number two on the Billboard 200 with 175,000 first week sales. It produced the top-forty single The Only Exception and went platinum in Ireland and the UK, as well as gold in the US, Canada, Australia, and New Zealand.

Following the departure of Josh and Zac Farro in 2010, the band released their self-titled fourth album in 2013. It gave the band their first career number one on the US Billboard 200 and was also the number one album in the United Kingdom, Ireland, Australia, New Zealand, Brazil, Argentina, and Mexico. It included the singles Still Into You and Ain't It Fun, with the latter winning the Grammy Award for Best Rock Song for Hayley Williams and Taylor York as songwriters, making it Paramore's first Grammy win. The band's lineup changed once again after this album cycle with bassist Jeremy Davis leaving the band near the end of 2015 and former drummer Zac Farro rejoining the band in 2017. Their fifth studio album After Laughter was released later that year.