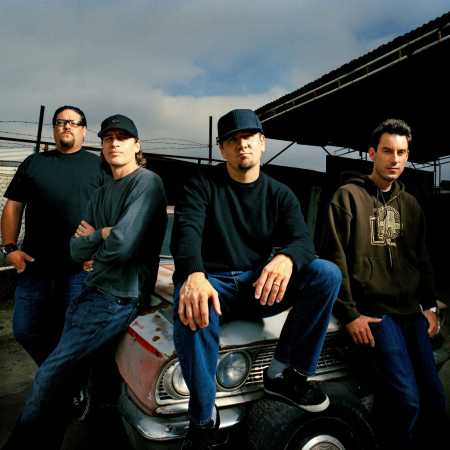 Pennywise Group was founded in California in 1988. Name is derived from the name of a character clown from Stephen King’s It horror. After the death of bassist Jason Thirsk in 1996 threatened the disintegration of the group. Thirsk was ultimately replaced by a new bassist Randy Bradbury. The first contract was signed with Epitaph Records in 1991 and released their first album of the same name Pennywise. In 1993 they released their fifth album Unknown Road, which sold several hundred thousand copies. Although of them were interested in several leading music companies, Pennywise stayed with Epitaph Records in 1995 and released another album. The band has a total of 13 albums. In 2009 he left the band frontman Jim Lindberg, who wanted to spend with your family, and replaced him with Ignite vocalist Zoli Téglás. Téglás after three years in the band, Jim Lindberg persuaded to return, and he returned to the band Ignite. – Translated by Automatic service