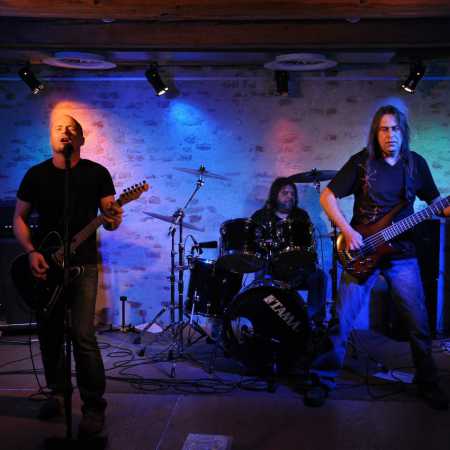 Dog Saw is a three-piece rock group from Brno with raw sound, its own creation and Czech lyrics, which was established in 2004. Genre Original sticker was more blues, which is further proof CD "Ride" (2008). After the changes in the cast is starting to promote more straightforward rock style, and that even after twists and turns, drummer settles. Just the dog starts to get really sharp saw. – Translated by Automatic service