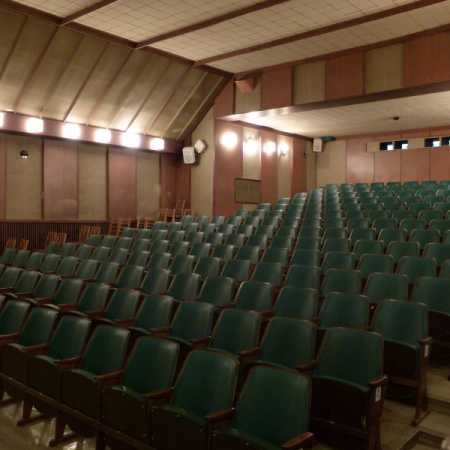 In 1929, the unity of the Falcon in Polanka nad Odrou set up at his own expense in building br Rudolf Friedel, no. 333, cinema, which was the name of the “cinema of the universe”. The first film (then still a mute) under the name “Saxophone Suzi” are projected already two days after inspection 8. December. After the integration of Polanky nad Odrou under the administration of the city of Ostrava-Poruba in 1973 ObNV was the cinema to operate “Urban management of cinemas in Ostrava” until 1991, when after the demise of this organization has assumed on the basis of the decision of the Assembly of the operation of the cinema district. For the whole period of the existence of the cinema was recognised in thousands of films and gave hundreds of thousands of spectators here. – Translated by Automatic service