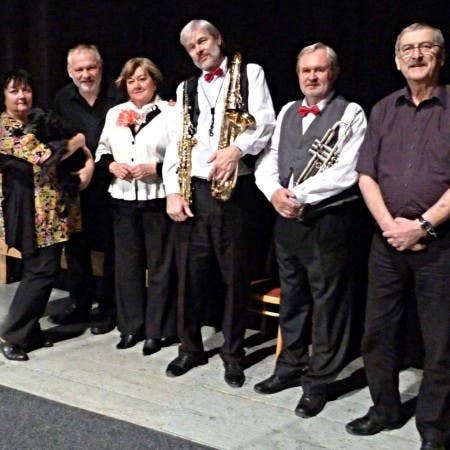 Revival Swing Band was founded in 1979 and followed the familiar Dixieland Revival Club group that operated in the sixties. The member was in 64 to 66 trumpeter Anthony Šilhavý. After the collapse of the original Revival Club Anton founded the band of the same name. Name bought from the former bandleader John Death for a box of cigars. Name the band years ago, little altered since it did not form the repertoire only dixieland, but also mainstream, swing, boogie-woogie. RSB plays music by C. Basie, E. Ellington, L. Armstrong, B. Clayton and Czech composers.