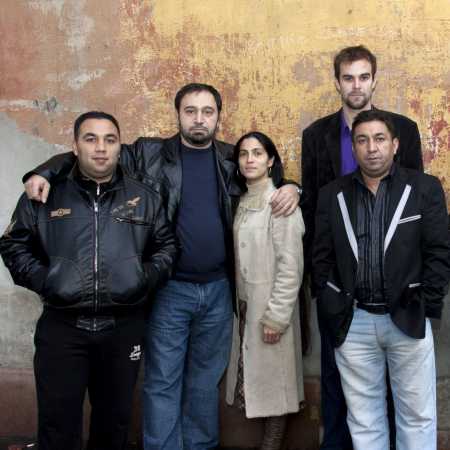 Romengo Group plays Hungarian olah-gypsy music. Most of the members of the group mastered this music as their mother tongue. So beside the existing gypsy folksongs, the group also performs their own tradition-based songs on stage with their own unique sound. During their ten-year existence Romengo has given concerts in more than 20 European countries and both of their albums got into the best 10 records of World Music Charts Europe.

Romengo’s solo vocalist Mónika Lakatos was given the Anna Lindh award in 2007, the Parallel Cultures award in 2013 and For the Ethnic Minority award in 2014.

The music of Romengo is characterized by the respect for traditions and constant renewal. Besides their heavy preference for using can tins along with spoons and the wooden trough, they aren’t averse to new sounds either.

The openness of Romengo’s musical world is also reflected by their joint concert with the 17-member Mendelssohn Chamber Orchestra given in Veszprém, 2011. By their own admission, the boundaries of the olah-gypsy music are wider than that of Hungary, that is why Romengo’s songs are influenced by other musical styles like jazz and flamenco thanks to Mihály Dresch and flamenco guitarist Juan De Lenda. They are also featured on the Romengo album titled Nagyecsed-Budapest.