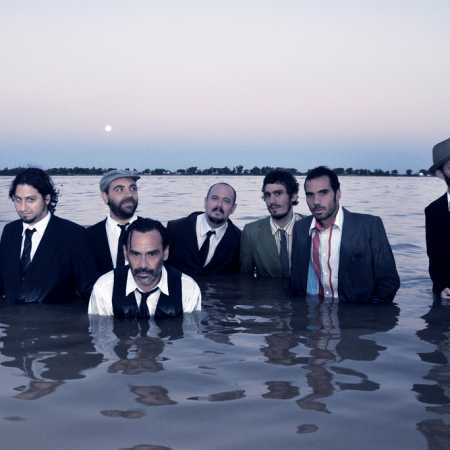 The group itself is called "Rock" your style and Bigband music known as "Swing Argentino". Eight great musicians in black dress showing off an incredibly vibrant music and dance show, which draws on the roots of the music, such as swing, bolero, ska, mambo, dixie, rockabilly and tango. At their head is the charismatic singer Diego Casanova, a former punk matador, who mixed it with typical Tango lyrics, expressive rock expressions and so still that the music bubbling up from deep Smowing Rosario, 40, 50. and 60. years, is at the same time very contemporary and riveting, even for a young audience.