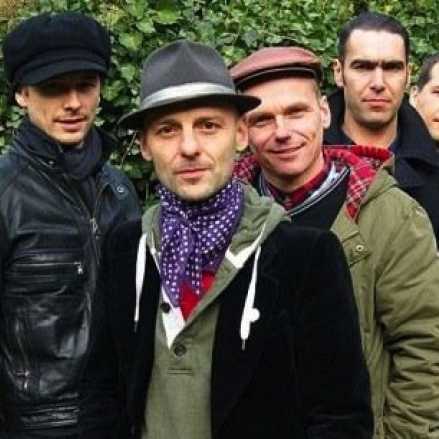 Skaferlatine comes from the French city of Metz, where he put together in 1990. Started the album “En Piste” in 1993, followed by a technically sound and vymáklejší “En Chatier” of 1995. If you do not count bestofku on vinyl in 2000 and last album is “Basta Basta” in 1997. This album is darker than the previous one and it bears very obvious reggae influences. Skaferlatine kicked the French scene, which reigned in the nineties. Thanks to their existence in France born countless bands that still Skaferlatine shown as the main source of inspiration. In a way, we can say that also influenced our scene. – Translated by Automatic service