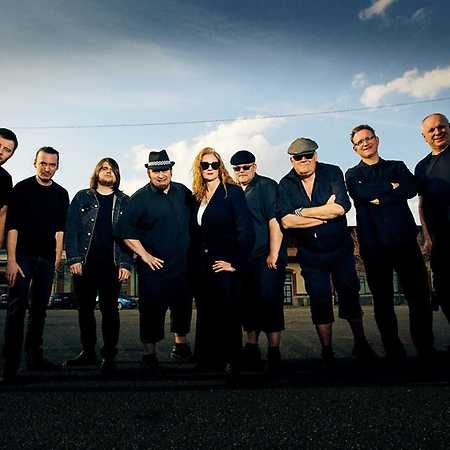 In the fall of 2010, Skupina Sto celebrated their 20th anniversary of formation. The band was founded in 1990 as a project of Jan Kalina (drums, vocals, songwriter) and Thomas Belka (tenor saxophone, lyrics), who had just arrived from the army and approached singer Jan Jelinek. Together with other members, they became pioneers of the ska and rocksteady styles in the Czech Republic.

They have performed at over 100 concerts and festivals in Bohemia, dozens of concerts in Germany, France, and Switzerland, and a two-month tour of the United States. During their 20 year existence, they released seven albums, the DVD Jste normální? (Are you normal?) and are involved in countless projects both in the Czech Republic and abroad.