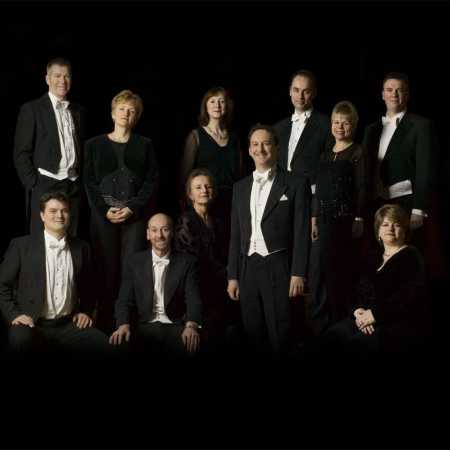 The Tallis Scholars of England are one of the foremost ensembles performing Renaissance vocal polyphony today. The group was founded in 1973 by conductor Peter Philips as a non-professional ensemble comprising members of church choirs in Oxford and Cambridge. Ten years later it began operating on a fully-professional basis. From the beginning it has been highly acclaimed for its distinctive sound and its perfect work with the human voice. The repertoire focuses primarily on works by Thomas Tallis, Giovanni Pierluigi da Palestrina, William Byrd, Christopher Tye, and other European Renaissance composers of both sacred and secular music. Each year the choir gives around seventy concerts in the most important musical centres of Europe, North America, Asia, and Australia. In 1987, 1991, and 2004 it won prestigious honours from Gramophone magazine, and in 1994 it performed at the festive opening of the restored Sistine Chapel in the Vatican as well as in Rome's Basilica di Santa Maria Maggiore for the four hundredth anniversary of the death of Palestrina. Since 1980 the ensemble has made more than fifty recordings which it issues on its own label, Gimell Records.