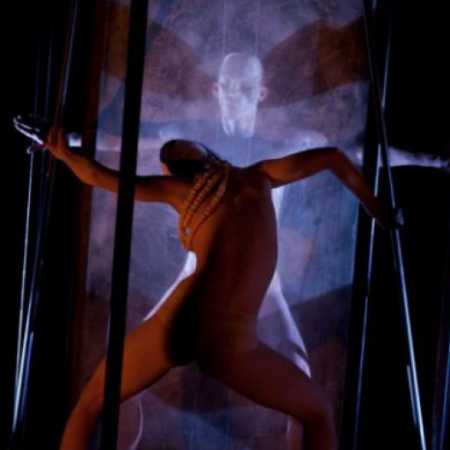 Tantehorse theater group was founded in 2006 Miřenka Chekhov and Radim Vizváry as Teatro Pantomissimo. At first set focused on continuing the strong tradition of Czech modern pantomime, followed on his teacher Boris Hybner and the effects of Ladislav Fialka and Marcel Marceau. Soon, however, the classical world of fragile silence left that went their own way, which led through slapstick comedy and black humor, surrealism and decadence. Was crucial meeting with Japanese butoh performing arts, which greatly influenced the poetry of the file. From 2007 until 2009, created three separate performances linked to the concept of a coherent dramaturgy Dark Trilogy. The style and content, engrossing whole in which the viewer passes minimalism, surrealism and decadence reveals the richness of the genre of mime and physical theater that file Tantehorse elevated to the level of highly aesthetic and intensely emotional work of art. – Translated by Automatic service