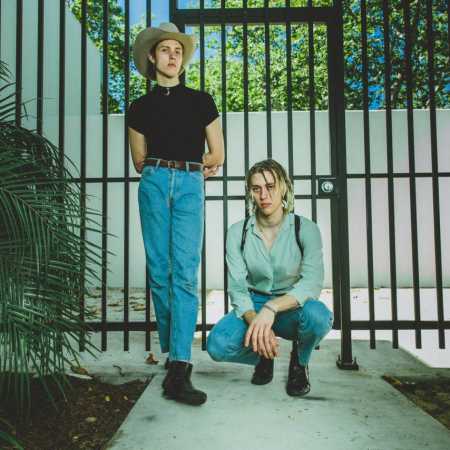 Young twins Wyatt and Fletcher shears come from a musical family and since puberty played in many local bands and more or less obscure projects. Then he realized that the best plays them together, and so was about three years ago, The Garden. With his skate-punk, hardcore straightforward songs that have gathered so far gathered in the representative form of the full-length album The Life And Times Of A Paperclip worldwide success. Their music is very weird, songs are usually built on a single hard-hitting riff, repetition and absurd text hříčkách, while rarely exceed two-minute footage. Although tend to sort of punk, the reports themselves more to classic bands overlap with the new wave type Minutemen or Killing Joke. The rising fame stoked Garden intensive touring – and I must say that it has a share and unmistakable androgynous appearance Shearsových twins. Thanks to get into the viewfinder fashion brand Yves Saint-Laurent for which they are the faces of the autumn campaign 2013. This brand is regularly focuses on the significant figures of the indie scene, recently posed for her to be Ariel Pink, but also to be Kim Gordon Beck or your time. – Translated by Automatic service