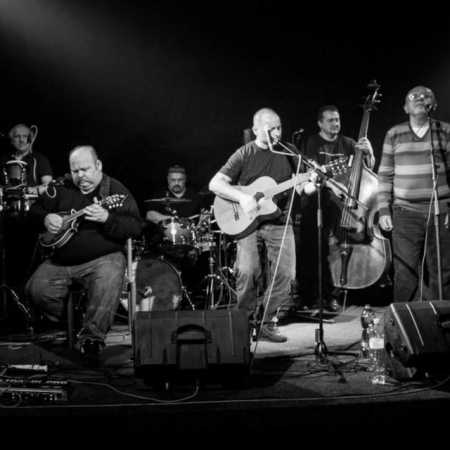 Svitavská band Točkolotoč was formed in 1984 as a family band, which was founded by the Peštové brothers, their cousin and uncle. Their music draws from Romani roots, which uses as a unique spices and stir them into the modern style. Like the leaves inspire jazz, rock, folk, reggae, or big Beato musical influences from the far East. In its time, was among the most original and the most successful band in the Czech Republic. After she won in 1986, he started the band Port carousel demeanor. One of the milestones were also performing at the concert "SOS against racism", which was held under the auspices of Václav Havel in 1990 on the old town square in Prague, where the band performed together with Paul Simon or Prague selection. In the following years she played with stars like R. E. M., their music fascinated by Frank Zappu or folk legend Pete Seegera. During his career, the band released three albums (Točkolotoč Chave Svitavendar; Kale Bala, Kale Jakha and So has oda has), performed at many of the world's major festivals, on television and radio shows and played hundreds of concerts in the Czech Republic and abroad. – Translated by Automatic service