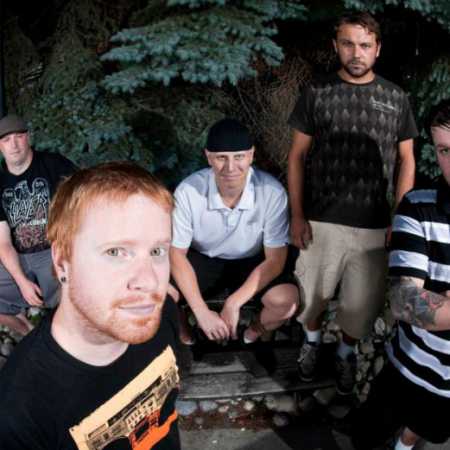 Torches To Triggers  My Zombaby

Torches To Triggers formed in late 2011 with the goals to collaborate multiple styles of music surrounding the melodic and hardcore punk genres. The group is comprised of Corey Tapp, formerly of This is a Standoff, Deville, Fallout Frequency and One Shot Left along with Gavin Spate, Justin Stilwell and Phil Schumacher. Most are EX members of Calgary’s Inventing The Wheel. Shortly after the creation of the group, lead vocalist Chris Kreuger joined the collaboration to bring the sounds full circle with the set of melodic and heavy vocals. In late December 2011, Torches To Triggers recorded the two album teasers “This Moment” and “Countdown” with Casey Lewis of Echo Base Studio in Calgary, Canada and played their debut show with Strung Out at The Distillery in Calgary on new years 2011. The group has recently completed the mixing and mastering the debut album ‘Doomsday In Douglasdale’ with Riccardo Pasini ‘Paso’ (Studio73 in Ravenna, Italy) and released the album to the Americas on October 12th 2012, through Bells On Records (Japan) October 17th 2021 and Sums Records (Europe) on October 22nd 2012.