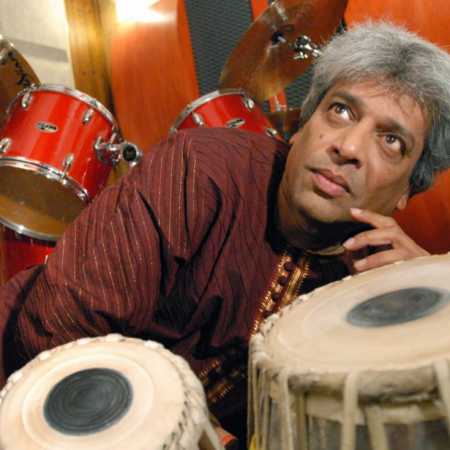 A native of Bombay Trilok Gurtu is a master of Indian music and GRAMMY Award. After the world is known as a man who could interesting way to combine musical traditions of different cultures. His speech is especially unique combination of Eastern and Western approach to playing the drums and percussion. Trilok He began as a five-play of Indian tabla, and had all the inclination to devote himself to the Indian traditional music. As a teenager showed great interest in the music of Europe and America, and later developed a feeling for the beauty of traditional music of various nations and find a way to connect them with rock or jazz. It is a great composer, a representative of peak fusion of Indian music with jazz, rock, classical and ethnic inspirations. The jazz world is popular thanks to the collaboration with Don Cherrym, John McLaughlin, Joe Zawinul and Pat Metheny. Trilok Gurtu first made famous in the United States as a member of the famous band Oregon. – Translated by Automatic service