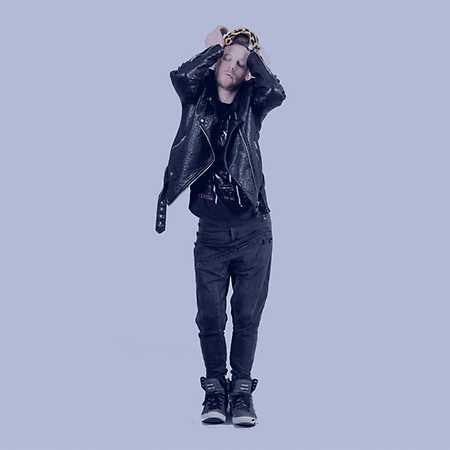 One of the leading forces in the queer underground music scene, Adam Joseph is not only an award-winning vocalist, he’s also the mastermind producer and songwriter behind other artists like Peppermint (RuPaul’s Drag Race S9) and Jonny McGovern (Hey Qween). He has released 2 solo albums and been a featured vocalist on songs with Grammy Nominated DJ/Producer Bob Sinclar, Wet Fingers, Plastik Funk, Lem Springsteen of Mood II Swing and remixed by Bass Jackers, David Jones and Deeplomatik. He has written songs for #1 Billboard artists like Inaya Day and Lea Lorien. His latest viral smash Linda Evangelista featuring Aja from Drag Race S9 has been played around the globe and was featured on the reunion special of Drag Race where RuPaul introduced it to the world as a masterpiece. He’s been featured in Billboard, OUT Magazine, The Village Voice, The LA Times, LOGO, CNN and Paper Magazine. Adam’s live performance combines all of his talents—DJ, original productions and live vocals—leaving crowds amazed, intrigued, and hungry for more.