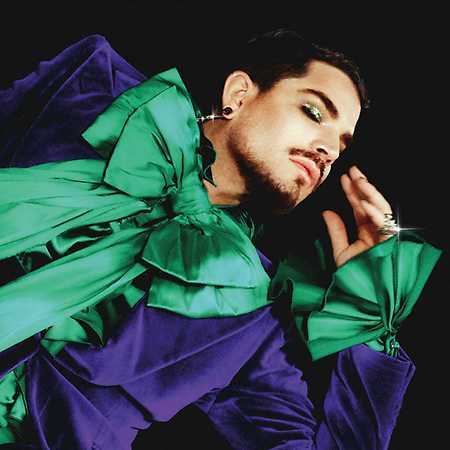 Adam Mitchel Lambert is an American singer, songwriter and actor.

He began to be known in 2009, after having participated in the eighth season of American Idol. Although the finished on the second place began his musical career by his album “For Your Entertainment” (November 2009), having signed a contract with 19 in a joint-venture partnership with RCA. The Album debuted at number one on the issue after his 3. place the Billboard 200, and in the u.s. in the first week it sold 198,000 copies and got into the top ten in the world rankings in several countries. His singles “For Your Entertainment”, “Whataya Want from Me” and “If I Had You” also became internationally successful. Soon after the release of this album, was a worldwide concert tour headlining the Glam Nation as the first contestants of American Idol, which it succeeded in the following year, after the end of the year of the competition, which was attended by. After the tour followed the release of two albums, one EP, titled Acoustic Live! (2010) and Glam Nation Live CD/DVD with live recordings (2011), which debuted at number one in the music video rankings SoundScan.

Credit executive producer and has received was the main lyricist for his second Studio album, released by Trespassing in may 2012, with great critical feedback. Trespassing debuted in first place on the Billboard 200 albums chart, and was also at the top of Billboard’s digital albums chart and Canadian digital albums. Lambert enrolled in musical history as the first openly gay artist who reached the highest position in the rankings.

It is influenced by a variety of artists and genres, has a flamboyant, theatrical and androgynous style and strong performance, technically proficient tenor with a range of several octaves. He has won several awards and nominations, including a nomination for the Grammy Award for Best Male Pop Vocal Performance (best pop singer) in 2011, and also was named the recipient of the Honorary GLAAD Media Award in 2013.

To April 2012 worldwide has sold almost 2 million copies of his first album and in January 2011 has sold worldwide, also 4.2 millions of singles. The Times described it as the first openly gay mainstream pop artist, who has a contract with a major music label in the United States. – Translated by Automatic service