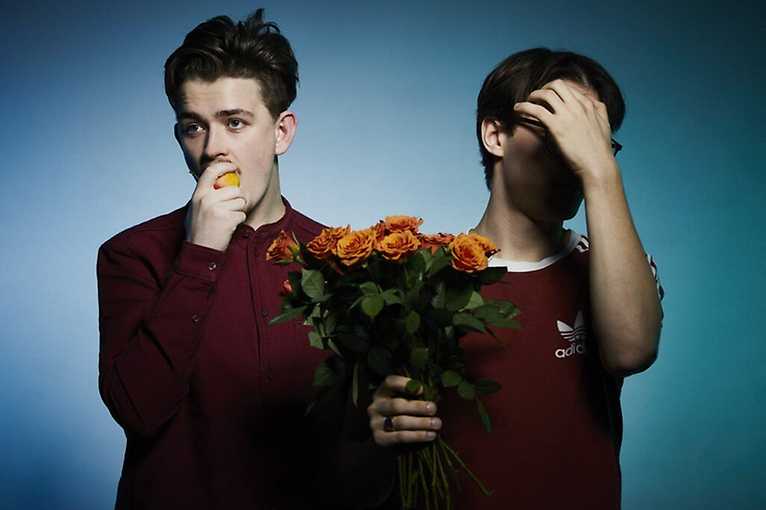 Alcabean + Support: Me To My Wall

Alcabean consists of the brothers Victor and Julius Schack (vocals, guitar, bass). After the boys conquered their homeland Denmark and Great Britain with their fuzzy, feedback-loaded sound, they are ready to be unleashed on the German audience. If you were at the Roskilde Festival or the Smuk Festival in the summer of 2018, you know what’s coming to our stages. Alcabean combine elements of 90s alternative indie rock that found a wide audience with Silversun pickups, Hum or The Smashing Pumpkins, with a contemporary sound like that of bands like Drenge or Wolf Alice. So they build massive bridges between melancholy and euphoria. Angry, grunge-infested, atmospheric and driven by heavy, pervasive power – thats how the songs of their current EP Head Down sound. Although this may be nostalgic in its' 90s reminiscence sound, but with an expression of fear-driven power it is quite in the here and now. In March 2019, the release of Alcabean’s debut album is due – and thus the release tour. The band’s first singles have already resonated with the Visions Magazine, Clash Magazine, Team Rock and the Upset Magazine. Rolling Stone journalist David Fricke played the band in his Sirius XM radio show. Sufficient reasons to stop by one of the clubs, which Alcabean is planning to burn down in the spring.

They are supported by Me To My Wall. EremitAge is the title of their upcoming first album. Like a painting collection, the band spreads a selection of songs from their entire history. Musically, it follows what was opened with the debut EP Sphair (2014): a spherical guitar pop with polyphonic vocals and numerous acoustic elements, embedded in a soundscape of electronics and ambient sampling.