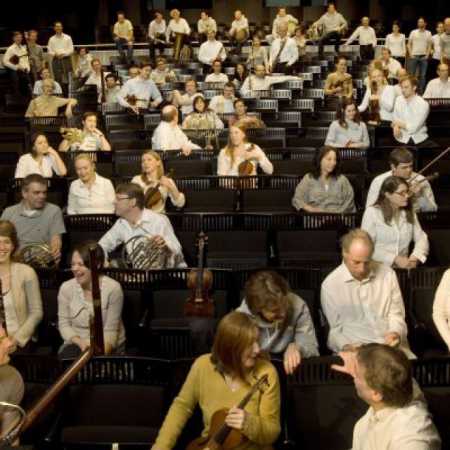 The Belgian orchestra Anima Eterna, founded in 1987 in Brugge (Bruges) by the conductor Jos van Immerseel, is one of the foremost European ensembles involved in 'historically informed performance'. The number of its members ranges from seven to eighty depending on the repertoire being played, which stretches from Monteverdi to Gershwin. Its main focus is not so much discovery of unknown musical works as an effort to interpret works from the classical repertoire in a way that is as historically faithful as possible. And not only by choosing period instruments. Other aspects that play an important are the manner of playing, tempo, aural balance of the orchestra, and the acoustics of the space for which the work was composed. During the nearly three decades of its existence the orchestra has won outstanding international renown and performs regularly on the most prestigious concert stages. It also engages intensively in recording projects, of which let us mention at least a remarkable complete set of the Schubert symphonies and a recent recording of works by Dvořák and Janáček.