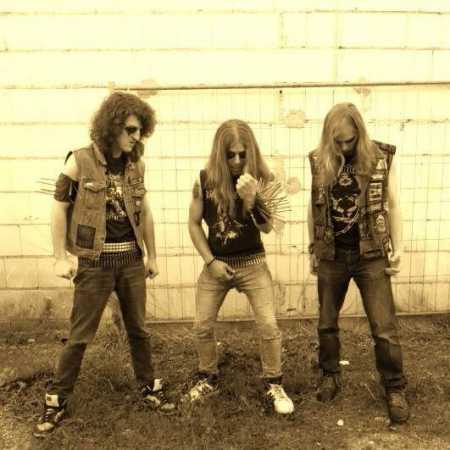 The German trio was founded in 2011 and plays black and thrash metal. The Esseners released three demos as well as one EP titled Frozen To Death. Nevertheless, they do not have any record contract.

The lyrics of the three metalheads focus on social and political topics and antifascism, but also – in proper style for a trash metal band – on violence. As their musical influences, guitarist Nekromaniak, bassist Riot Messiah and drummer Bestial Butcher name bands such as the early Sodom and Kreator, Venom, Bathory, Morbid Saint, Razor, Antichrist, Nifelheim and Desaster among others.

No End in Sight