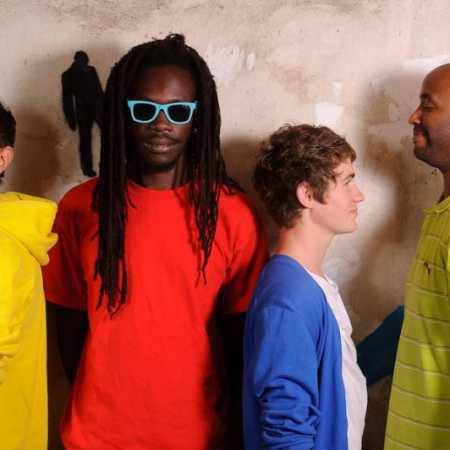 French band from Lyon called Apple Jelly founded by two brothers Benn (vocals, guitar) and Victor (vocals, bass). The concept is deceptively simple: to straddle between electronic and rock music and their concerts accompany a strong visual component, balancing the legacy of the classical Bauhaus and ironic pop art. Their latest album Na Na Na Club is also influenced by the films of such directors such as Sergio Leone, Robert Rodriguez, John Carpenter or George Romero, and therefore also the composer of soundtracks, headed by Ennio Morricone. Their influence in the music Apple Jelly mixed with echoes of the creation of such bands like Gorillaz, Daft Punk and Blur in an explosive mixture. – Translated by Automatic service