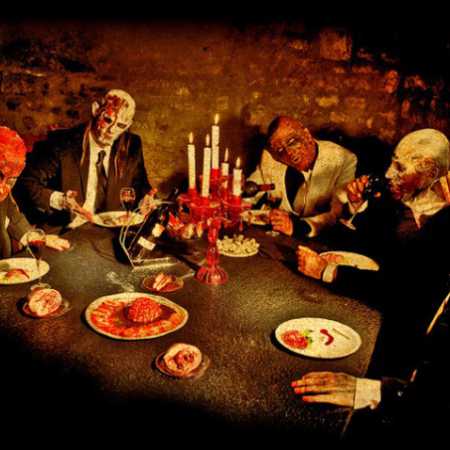 Although it does not seem Banane Metalik haunted not only children have a number of years, for the first demo recording was released in 1992. In 1995 while separated, so that ten years later got back together and started harder to spread its gore’n’roll, a mixture of horror and rock’n’roll, as his style is characterized by the band themselves. On the band has three studio albums, with the last Nice To Meat You, was released in 2008. Thus, the band gained fans all over the world, but live performances. For those characterized by spectacular horror show when the stage staggers five degenerate zombies, from which the hair rising terror not only weaker natures. And if it comes down a little, believe that shortly after the beginning of the concert and show special in gore-go dancer sashimi, which visage stays band members owe nothing. – Translated by Automatic service